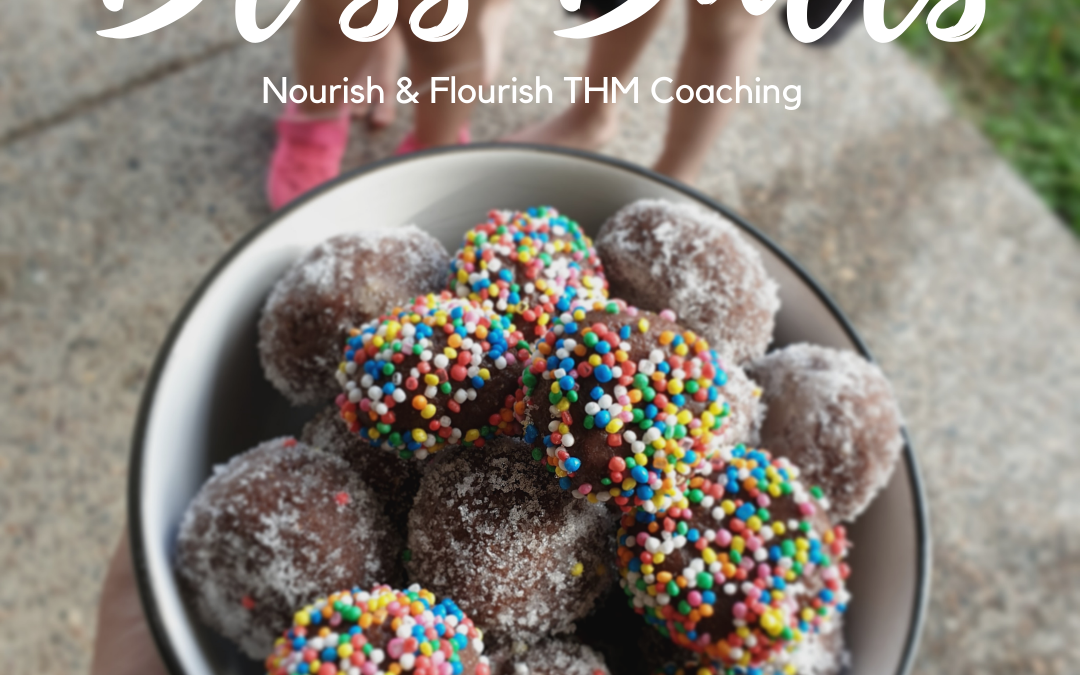 I needed a healthy treat for my grand-children… something delicious but nutritious and would make them feel as special as they really are. Something that had healthy carbs, fats and a touch of protein. I cheated a little and covered some of the balls in Hundreds & Thousands – simply to see how they would hold up.  Shhh, also because the 100’s and 1000’s are a rare treat for them… and I am their Nonna.  The other balls are rolled in a Monk Fruit sweetener although Natvia, erythritol or xylitol does the same – any on plan sweetener. 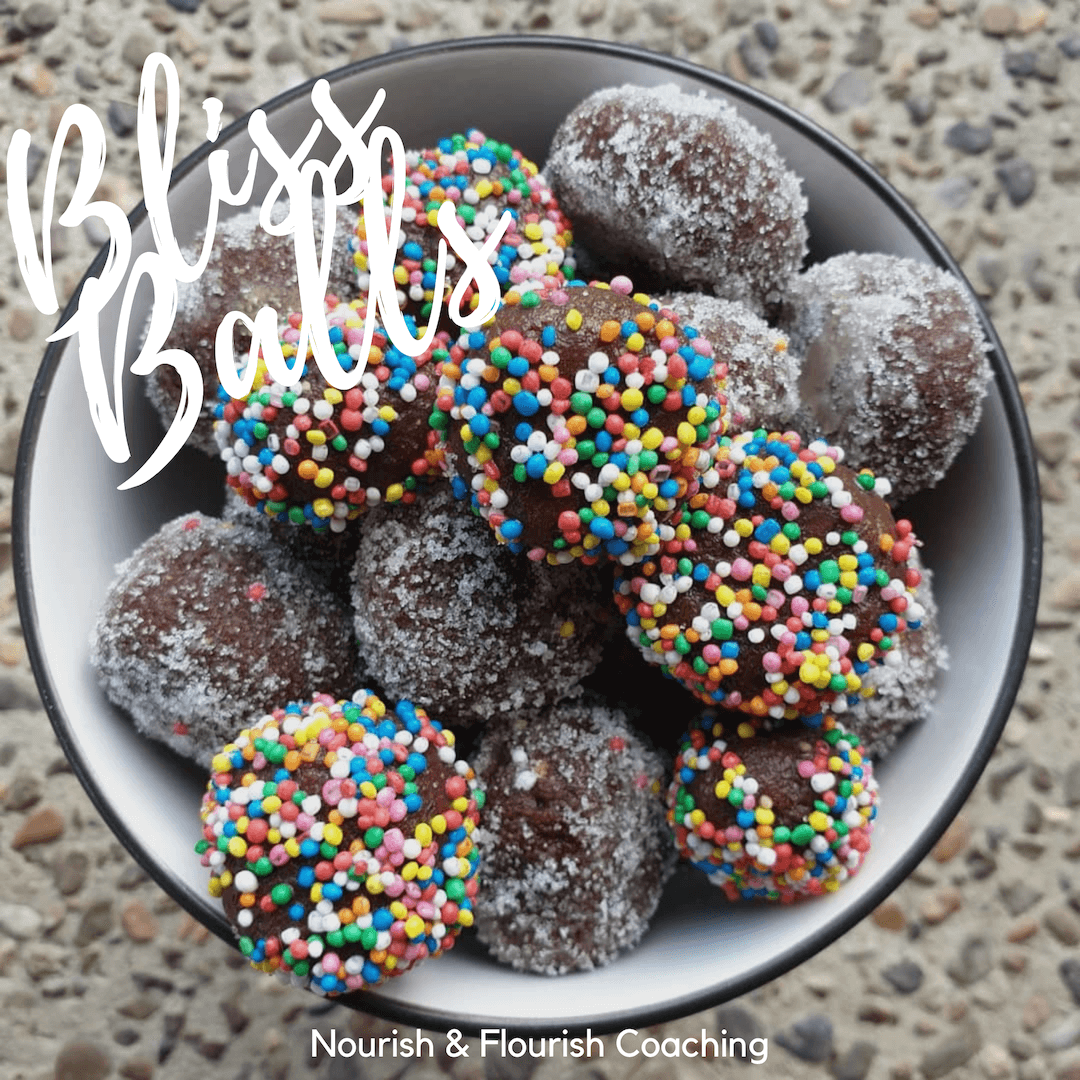 METHOD
Combine all ingredients into a Thermomix or food processor. Blitz until desired consistency is reached.

These can be made into small, medium or large sized balls – whatever you want! Simply use a spoon to scoop out mixture. Roll into balls. If mix is too dry, wet your hands until the consistency is right. It doesn’t matter if they seem a little wet, they will firm up in the fridge. Roll the balls in on plan sweetener. Place in fridge for 15minutes or until hard. Devour!

I used So Nourished Monk Fruit Sweetener with Erythritol sweetener in these as it is gentle on tummies and in flavour.

Weet-Bix, I hear you ask! Yes, these are personal Choice on plan, the closest to on plan cereal that Aussies can buy. I used Weet-Bix™ Gluten Free. They are made from sorghum, an ancient grain that’s naturally gluten free.

I’ve even made these with coconut flour as I had run out of any type of flaked or shredded coconut. Works fine, the liquids need to be adjusted but taste-wise it is still yummy.

Keep tweaking the mixture until it is a consistency that you like. This will change depending upon some of your ingredients and your climate.

These are a Crossover, as they contain both carbohydrates and fat, with a little protein. These would not be suitable for diabetics, those with any blood sugar issues or those who want to lose weight as the sultanas, although natural and healthy, have quite a high Glycemic Index and Glycemic Load. 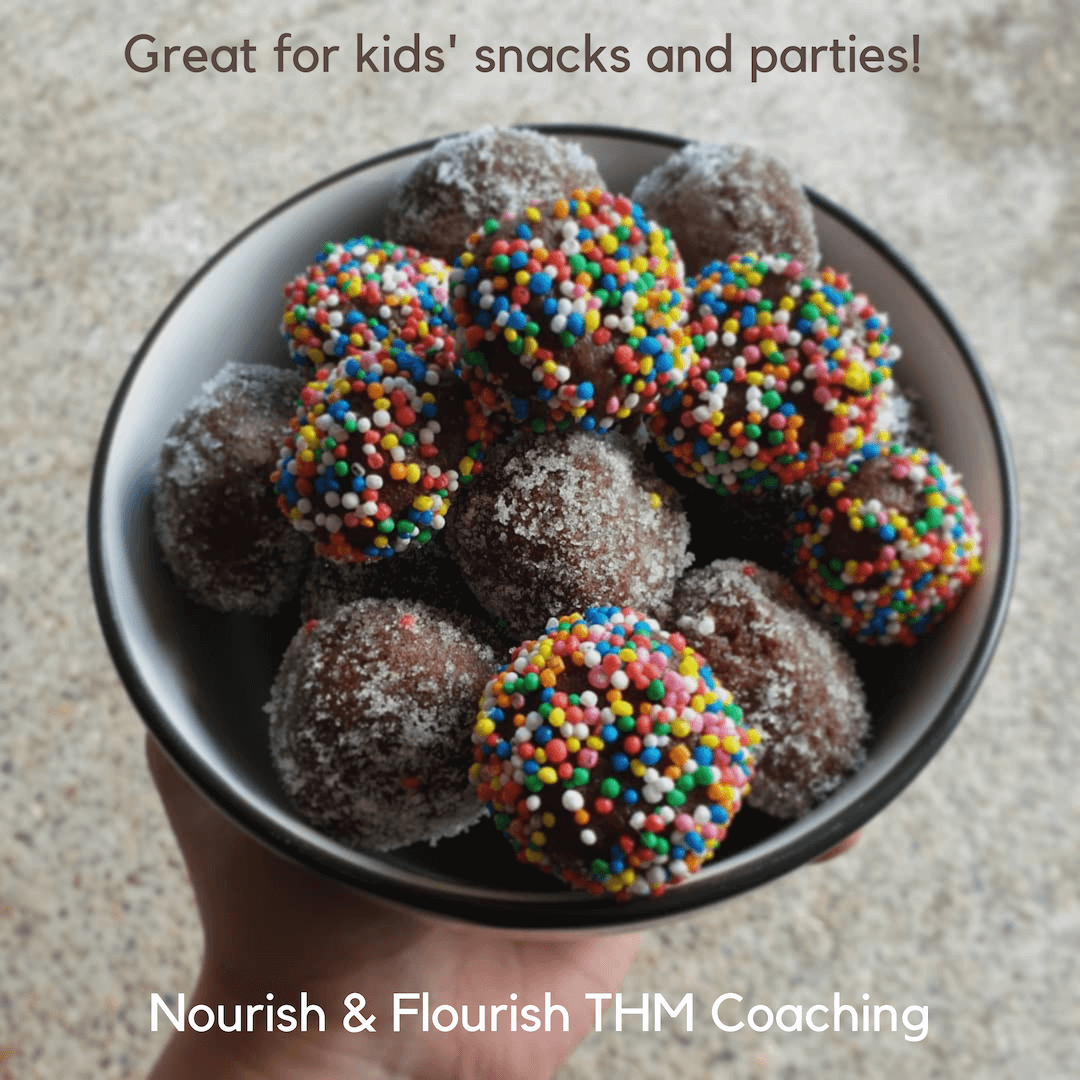 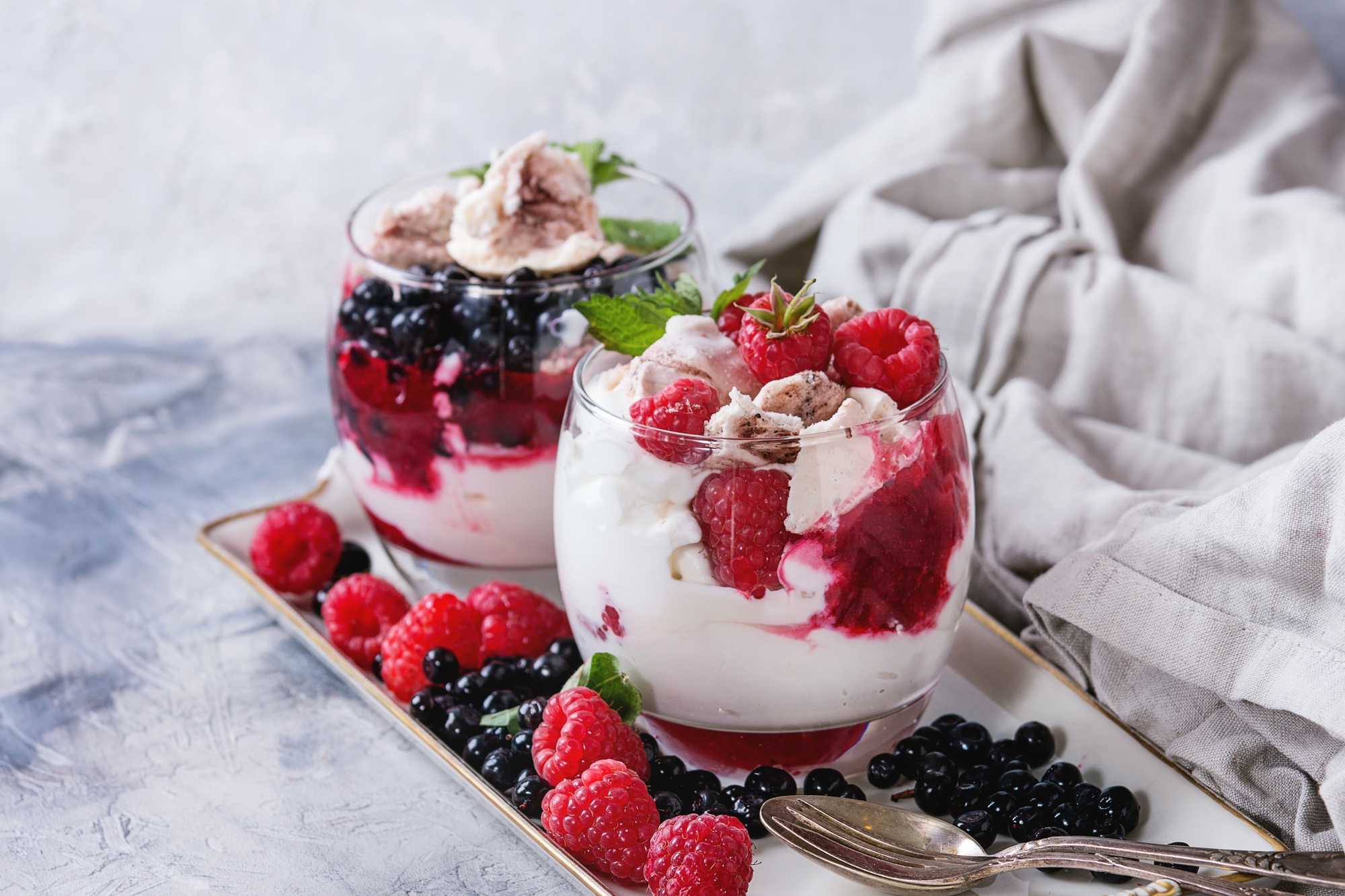 Quick, easy, super tasty, slightly tangy and incredibly nutritious – Broccoli and Lemon Soup which can easily be a Fuel Pull or an S soup. 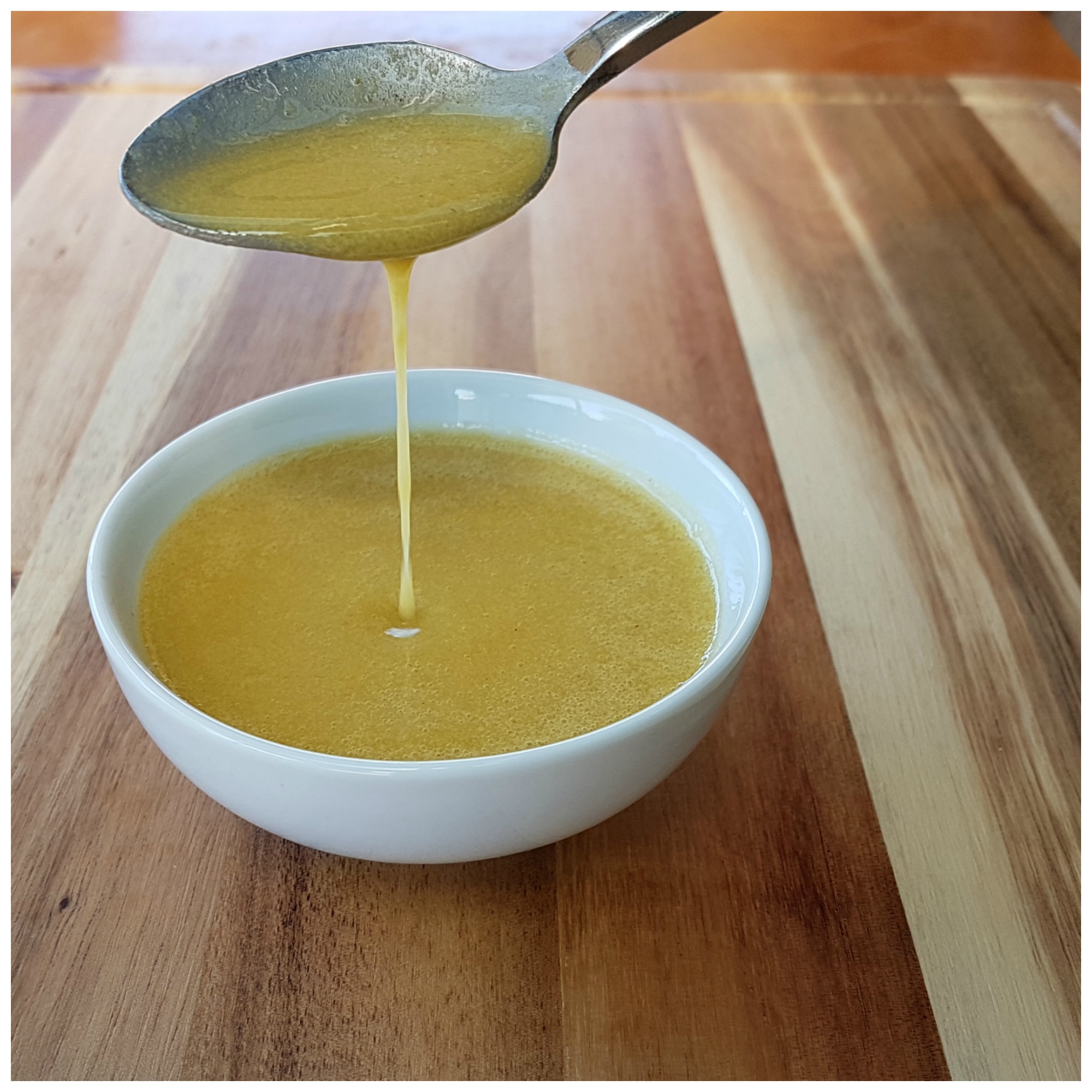 This is my go-to dressing that I use every day. It’s quick, easy, yummy, satiating and a Deep S.

Contact me today to schedule an appointment, make an enquiry, ask a question or more. I’m excited at the prospect of working with you towards your food freedom and your health.